History of the Park

Hinkle Creek has a robust history dating back to the early 1800s.

n the late 1970’s, the developer was approved to build about 150 homes in a development called American River Parkway.  The homes completed construction in early 1980’s.  Soon after the new owners moved in a series of issues developed in the open space between the new housing development and what is today the Lew Howard Park.  Most significant among these issues were a series of robberies where the thieves access the back of the homes undetected through the open space and motor cycle riders tearing up the landscape and creating a major noise issue.  In time, the community leaders worked with the City of Folsom City Counsel, the Folsom Police Department and developer to accomplish the following:For over 35 years the Hinkle Creek Nature Area has existed as a peaceful place where residents can enjoy a leisurely walk through the nature area, children can take a short cut to school, and the natural habitat and foliage can flourish.

The above picture is a small sampling of the trees marked for removal. Imagine if you will, an almost half mile stretch of land about 20 feet wide with trees as densely populated as the above being removed for a road. ​ 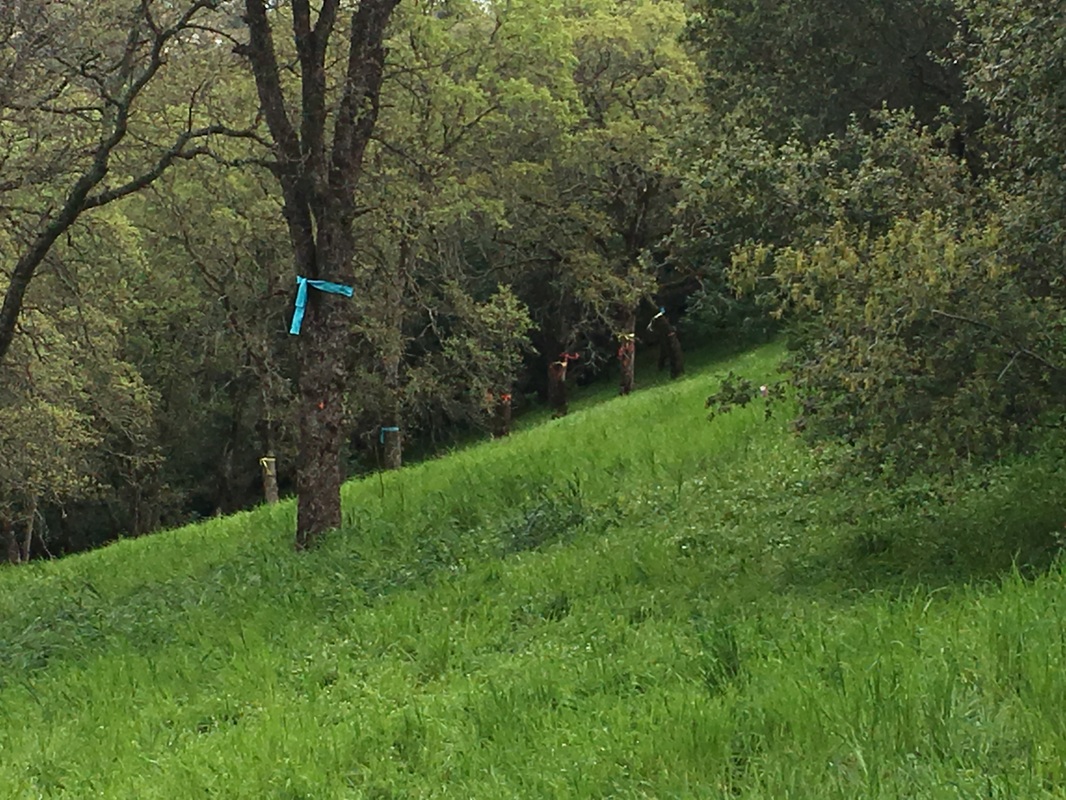 Copies of a marked nature guide which can be used while walking this incredibly rich with history trail and area are found at the park entrance. As you will see from the notes at each marker, there is a diverse set of vegetation as well as wildlife to explore. There's also a bit of history mixed in as this area was once home to the Nisenan Maidu Indians.
​
For the 2018 November Election,the Save Hinkle Creek Work Group sought meetings with each of the twelve candidates for Folsom City Council.  We have had difficulty over the years with a lack of responsiveness by Folsom City Council members to listen to our concerns so we wanted to promote candidates in this election who not only supported our alternative construction ideas to preserve Hinkle Creek and potentially save money but who also made engagement with their constituents a priority.
Below are the results from the meetings with various former candidates who would meet with us. It should be noted that not all would meet or even have a conversation with us. 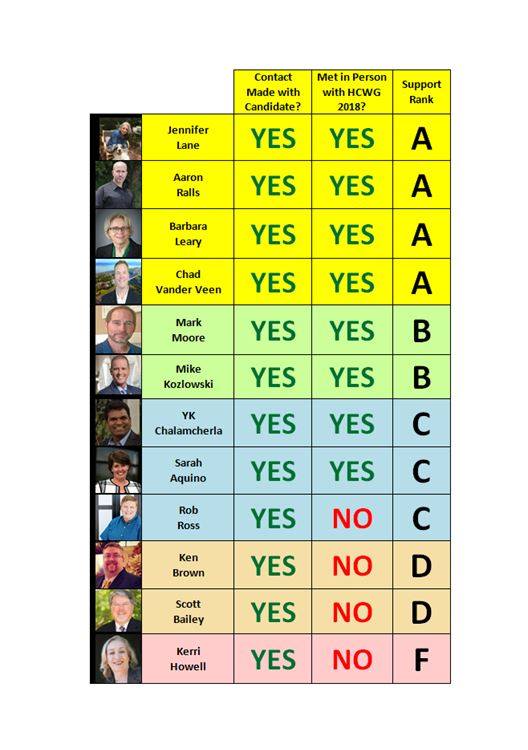